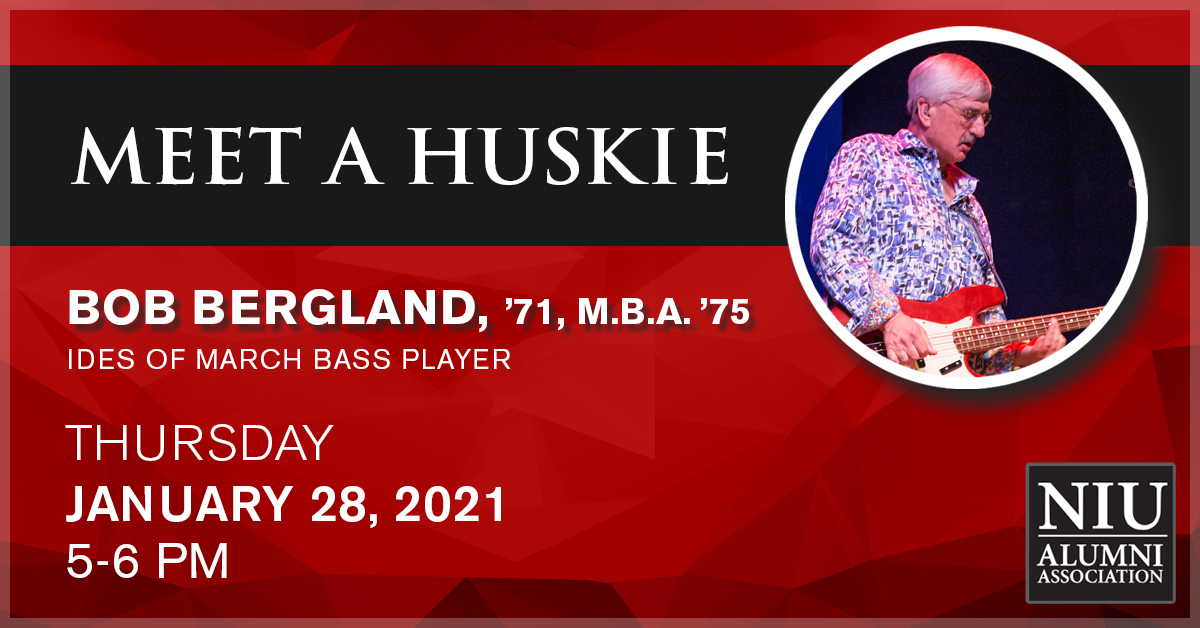 Join Bob Bergland, ’71, M.B.A. ’75, as he discusses his time coping with college studies while on the road during classic rock’s greatest era.

Imagine you are a junior at NIU, and you play bass and saxophone in a rock band. Then, all of a sudden, you have the No. 1 record in the country!!!

Well, it happened to Bergland, a founding member of the iconic rock band THE IDES OF MARCH. Their hit record “Vehicle,” which is still getting airplay and being used in commercials, TV and movies today, was released by Warner Bros. Records in March 1970, reaching the No. 1 spot the first week of May.

After Bergland graduated in May 1971, he went on to pass the CPA exam, work for a major CPA firm, and then went on to establish and grow his own business. Bob has owned Northwest Property and Financial Management with offices in Crystal Lake and Geneva, Illinois, for over 30 years. He now resides in St. Charles and continually performs with THE IDES, proud that the original four founding members are still together.

A link to the Zoom meeting will be sent with your registration confirmation.
Register Today!