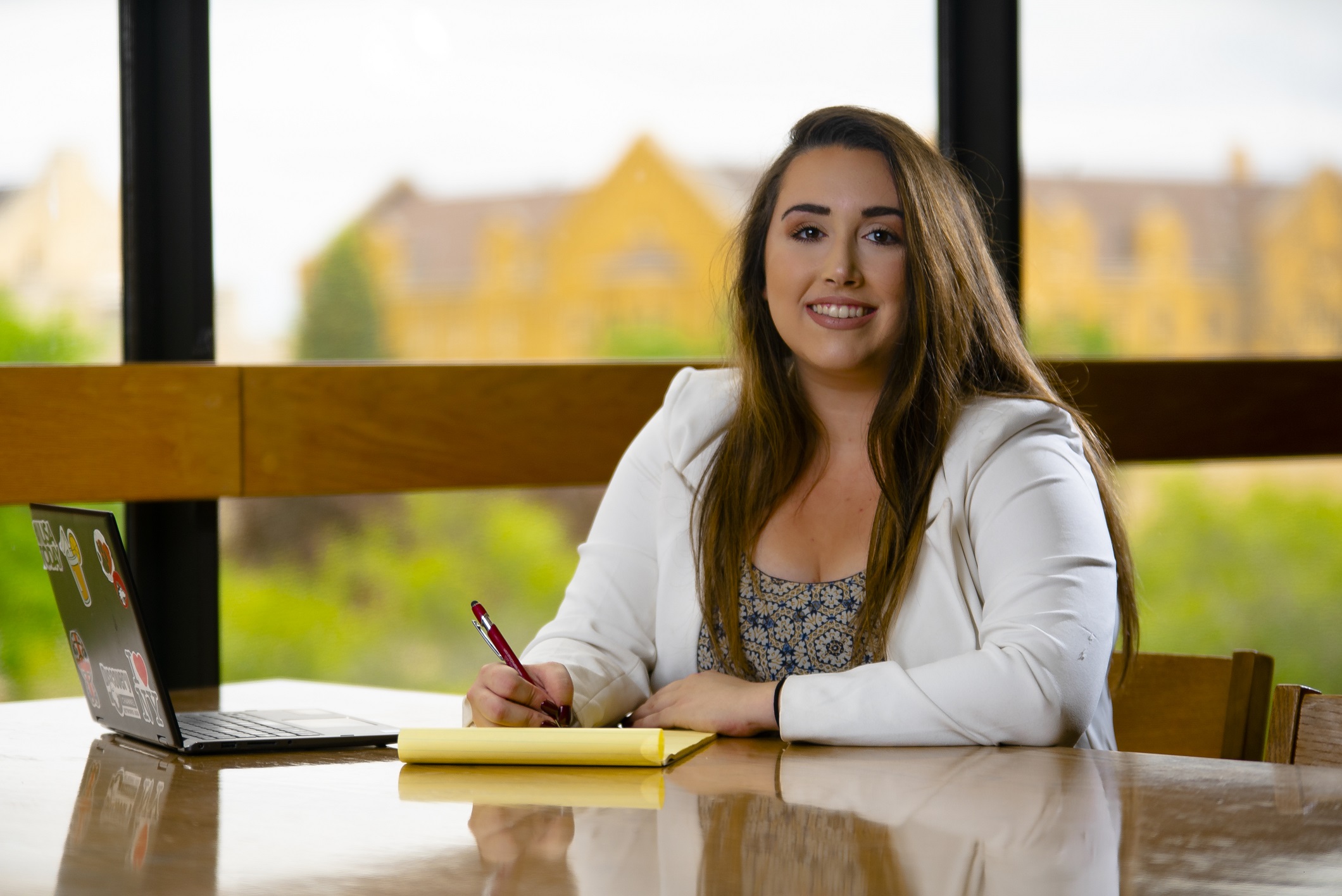 Lori Richards, ’82, and her husband, Ken Newbaker, are changing the lives of NIU students.

The couple’s $500,000 estate gift will help students struggling to finance their education. But if someone had told Richards five years ago she would one day fund a scholarship, she wouldn’t have believed them.

“I used to say I would not donate money to my colleges,” Richards admits. “I always wanted to put my resources into what I considered more life-or-death causes.
But then I learned NIU is focused on some of the things I care very, very deeply about.”

Richards graduated from NIU with a bachelor’s degree in political science and a passion for social justice and politics.

She went on to law school and a 24-year career in the Securities and Exchange Commission. That was followed by eight years of compliance consulting for financial institutions before her retirement two years ago.

Shortly after retiring, Richards read a news article about an organization in El Paso, Texas, serving migrant families who had been processed and released by Immigration and Customs Enforcement.

A week later, Richards arrived in El Paso for a two-week stint working with the organization. One of her tasks was to drive families to the bus station or airport so they could travel to the family members or sponsors taking them in.

“On the drive, I passed by the University of Texas at El Paso, and every time, in my very bad Spanish, I would tell the children, ‘That’s the university. You are going to go to university one day here in America,’” she said. “You could see the impact on these gorgeous children who were scared in this new country and had literally nothing. It was important to me to encourage them that they can get an education and make a life here.”

After returning from Texas, Richards was nagged by a desire to do something more to help children like the ones she met. Soon after, she had lunch with two NIU staffers who happened to be in D.C.

“We were talking about first generation Hispanic students and how I wanted to help, and it just all came together,” Richards said.
“It was a happy surprise for me to learn NIU is really focused on helping first-generation, African American, and Hispanic kids get a college education.”

More than half of NIU students are the first in their families to attend a four-year university, and nearly three-quarters come from underserved populations including students of color and students from low-income households.

“College is the stepping stone not only to greater financial security but also to having a satisfying and rewarding career doing what you love,” Richards said. “These kids are incredibly talented. They have great GPAs and enormous potential. This is a hands-on way I can help their lives, their families’ lives – it helps entire communities to be healthy and successful.

“It all starts with the opportunity to go to college.” Rachel Sanchez, a recipient of Richards’ scholarship, confirmed that the gift is far more than financial.
“To me, a scholarship means more than money. It means that I am succeeding,” she said.

Richards urges other alumni, particularly those who have been reluctant to give, to learn about NIU’s initiatives.

“It wasn’t just, ‘Yeah, this is a popular thing colleges are doing,’” she said. “It felt very real and genuine. I encourage people to do what I did. Learn what the university is doing, get involved, and support it.”