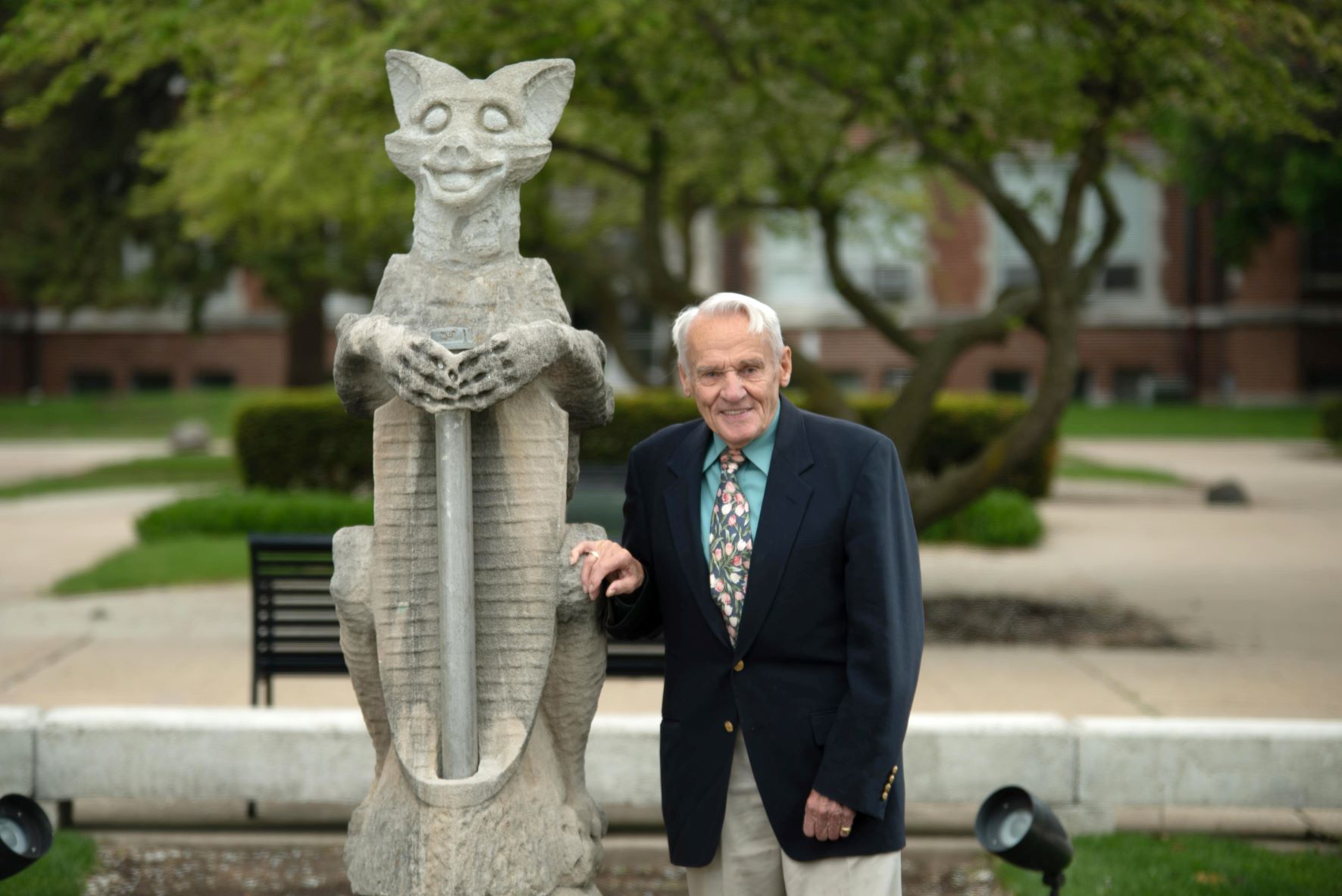 When donating to NIU, many donors want to leave their mark on a place they hold dear. Classrooms, suites, buildings and more bear the names of benefactors.

With a qualifying gift to the NIU Foundation Strategic Priorities Fund, donors may name features or spaces within Altgeld Hall. The first donor to place his mark was longtime College of Education donor Tom Scott, Ed.D. ’75. The former NIU associate dean was excited at the chance to attach his name to Olive Goyle, one of NIU’s most cherished landmarks.

Opportunities at Altgeld Hall are just one more way donors can express their affection for NIU while opening doors to future generations of Huskies.

Altgeld, known informally as “The Castle,” was completed in 1899—the first, and for a time the only, building on NIU’s campus. Today, the majestic structure houses administrative offices and the NIU Foundation as well as student-focused departments and grand public spaces.

Olive is one of the Altgeld grotesques, goblin-like creatures that perch atop the main tower and along the walls of The Castle. Campus tradition holds that sometime in the 1960s, Olive was struck by lightning and knocked from her perch. She was repaired and remounted, only to be struck by lightning again. Rather than tempt fate—and a third lightning strike—the University placed her in the garden to the east of the Castle. Today, students and visitors frequently pose for photos with the friendly-looking statue.

Scott said he was drawn to the grotesque because of a long-held interest in the statues and in their close kin, gargoyles. In ancient architecture, both gargoyles and grotesques were intended to protect the building and its occupants by warding off evil.

“I’m fascinated by them,” he said. “More important was knowing I was contributing to young people going to college. I’m happy to help with that any way I can.”