Giving From the Heart: Dave and Sherry LaCerra 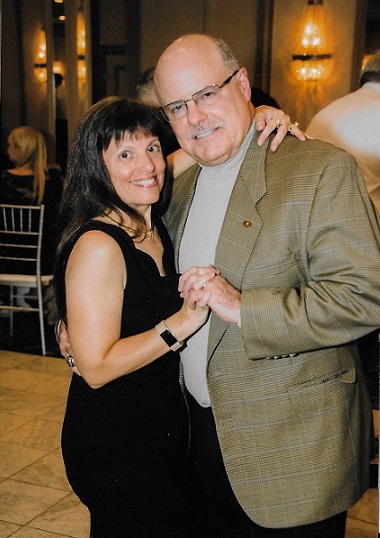 Dave LaCerra’s devotion to NIU runs deep. When the 1986 grad and his wife, Sherry, created an estate plan naming NIU as their primary beneficiary, they were only formalizing what was already in their hearts.

“Regardless of where your money is going, you should set up an estate plan before you need it,” Dave says. “We’re both in our mid-50s, but bad things can happen. If we go down in a smoky plane crash, I don’t want the state to have a say in where my money goes. Should the unthinkable happen, we want to make sure it goes where we want it to go.”

The LaCerras’ estate gift will be divided among four priorities. First, is a scholarship for walk-on football athletes. Next, the gift will fund the priorities of NIU Athletics. Third, is a scholarship to the computer science program, Dave’s major. The remaining funds will support the operations of the NIU Alumni Association.

The walk-on football scholarship is a nod to Dave’s own role as a walk-on football player. He says he was a scout player and “not even close to any kind of a star,” but the experience of playing NIU football left an indelible impression.

“I never really left. I’m still waving the flag,” he says. “I was never a starter and that was OK. I knew my role. I got to play against elite athletes. I played with guys who played in the NFL—how many people are lucky enough to do that?”

Dave says when he told his father, a 1963 NIU alum, that he was trying out for the football team, he was met with skepticism. But his father was always in the stands cheering the Huskies on.

“My dad said the award he was most proud of me winning was the Scout Team Player of the Year in 1984,” he says. “He said, ‘You were the best scrub, but not a lot of people can say they were the best anything.’”

The elder LaCerra was instrumental in Dave’s decision to attend NIU. In the early 1980s, computer science programs were underdeveloped at many universities if they existed at all. But NIU’s program had a solid reputation.

It didn’t let Dave down—he had a job offer locked up two months before he graduated in December 1986.

“Employers really valued NIU because you didn’t just study philosophical information. You were job ready,” he says. “From day one, I could write code that was valuable to the corporate world. I was ready to go.”

Sherry says the NIU Foundation held the couple’s hands as they developed their estate gift, making the experience very easy.

“There was no pressure,” Dave says. “They never implied, ‘This is your alma mater, so you owe us.’”

While NIU is the estate’s primary beneficiary, about 26 percent of the couple’s final assets will be donated to 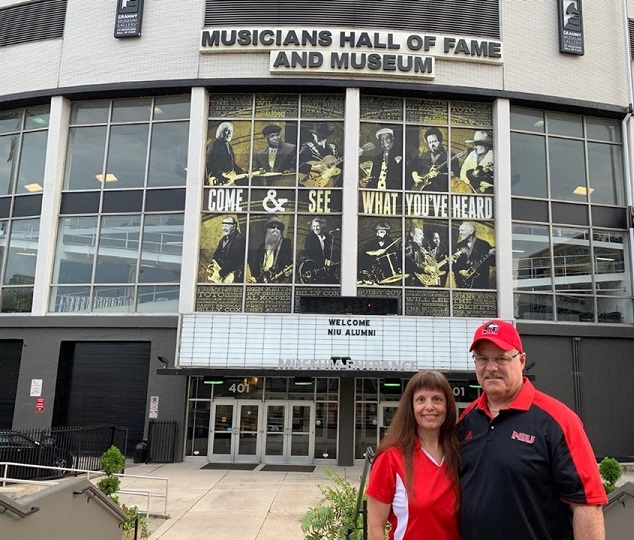 other causes, including the Salvation Army and Alexian Brothers cancer treatment programs.

Dave began donating to NIU as a young alum in his mid-20s. As a walk-on player and ultimately the recipient of a full-ride football scholarship himself, he says he graduated NIU with a sense of gratitude and a duty to give back.

“They gave to me first,” he says. “That starts a bond. Anybody in my position should feel indebted to their school.”

Dave believes it’s important that donors are moved by an affinity for the institution itself rather than loyalty to specific university staff. It’s a reality, he says, that the people in various roles at any institution will come and go. Donor loyalty, he says, should not be impacted based upon who occupies the president’s office or who is coaching the football team.

Over the decades, the LaCerras have developed deep friendships with other regular donors who feel as they do. Dave refers to the tight-knit group as “a country club without a golf course.”

“There’s a sense of belonging,” he says. “You have this common bond of waving the red and black. We’re all members of this unique society of people who are forever indebted to NIU and want to keep giving back.”

A gift to NIU can make a lasting impact on the lives of our students. If you would like to learn more about supporting future NIU students with a planned gift, please contact Mike Cullen at 815-753-1859 or mcullen1@niu.edu.