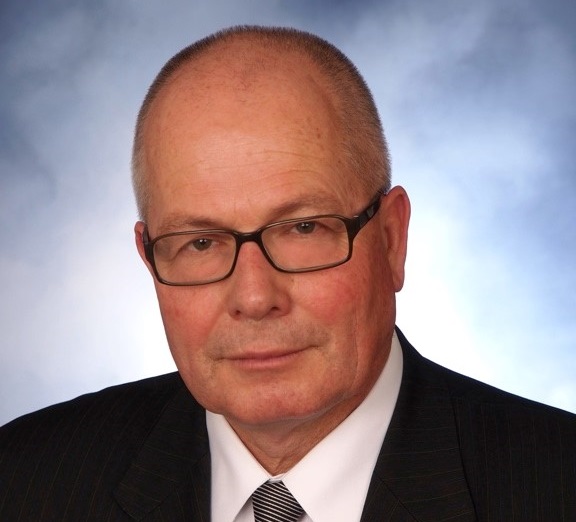 James McCluskey of Momkus McCluskey LLC is rated as a top lawyer in the state and is president-elect of the Illinois State Bar Association.

Since graduating from the Northern Illinois University College of Law in 1979, James McCluskey has built a law practice that has grown from three lawyers and a client to 25 lawyers and thousands of clients.

Because of his outstanding accomplishments and commitment to his profession, the NIU Alumni Association has chosen him to receive the Alumni Achievement in Public Service Award.

Developing a premier law firm was hard work, according to McCluskey, but he overcame the challenge with persistence and patience to guide young attorneys, supervise staff and help people grow in their careers.

“I am very proud that I have been able to provide a living for over 40 families in the DuPage County area through employing more than 40 staff and professionals,” he said.

McCluskey’s specialty is commercial litigation, shareholders' disputes, trade secret litigation, injunctions and probate. He especially enjoys commercial cases because of the complex nature and the financial, legal and emotional aspects.

In addition to serving clients in northern Illinois and throughout the state, McCluskey is president-elect of the Illinois State Bar Association, which serves more than 33,000 members, and he will become president of the association in June 2018.

He has argued appeals before the Illinois Appellate Court, Second District; the Illinois Supreme Court; and the U.S. Court of Appeals, Seventh Circuit.

His recent accolades include making the Super Lawyers’ list of the best Illinois lawyers for five consecutive years and nine times in the last 13 years; being rated as a top lawyer in Illinois for the last two years by the Legal Network; and being appointed unanimously by the Illinois Supreme Court to its Committee on Professional Responsibility.

McCluskey is also a member of the West Suburban Bar Association, the Illinois Trial Lawyers Association and the Cook County and DuPage Justinian Society of Lawyers.

Besides his prowess as a lawyer, he has completed major feats as an athlete. His athletic accomplishments include finishing 10 marathons (26.2 miles equals a marathon), climbing to the summit of Mount Kilimanjaro in Tanzania, Africa, and finishing five half Ironman events and two Ironman contests. An Ironman Triathlon comprises a 2.4-mile swim, a 112-mile bicycle ride and a 26.22-mile marathon run, raced in that order and without a break. It is considered one of the most difficult one-day sporting events in the world.

While it has been nearly 40 years since he graduated, McCluskey still has fond memories of being taught torts, the law of agency and corporate law by professor Gordon Schneider.

“Professor Schneider was probably the most sincere, thought-provoking instructor and was a person who wanted his students to succeed,” he said.